Columbus is Racist Because You're Racist

Here's an excellent article we recently found in a few month old issue of a Columbus DIY publication, specifically pertaining to tokenization and racism perpetuated by people in the city's music scene. Though the intent is to point out very specific personal things that the author saw with their own eyes, we think it overlaps into the things we may see and deal with on a daily basis outside of the milieux we each find ourselves a part of.

Columbus Is Racist Because You’re Racist: Shit I’ve Seen You Do
By: Eimhin Avast

For all intents and purposes, this is a collaborative effort to point out really fucked up racist stuff that has been seen and heard in the Columbus punk scene. Get your shit together, dudes.

In order to protect the identity of certain individuals, I tried my best to not use specifics when vaguely describing situations involving people of color.

Not all people of color look alike.

This is different than hanging out with a big group of people and accidentally addressing one of your friends when you meant to ask another a question.

The most common root cause of this stems from simply not knowing people. Perhaps someone in the scene tells you a story about someone you don’t know, and when you ask who they are, they say “Oh, you know, they’re black.” A few days later, you’re at a show and find yourself in a conversation with someone you’ve never met, and, without hesitation, you assume that this person of color is the same person your friend told you a story about.

This is racist for a few reasons:
1.     Your friend’s only description of this person was their skin color. We live in a world where white and white-passing people get the privilege of being described by their hair color, their stature, their body type, even their bike or their back patch. Even when people of color are described in this way, it includes their skin color. You might hear “the big black dude with a Crucifix backpatch”, but you’ll never hear more than “the dude with the Vitamin X shirt” when describing a white person. This is because whiteness is seen as normal, as the standard, in society. Anything different has to be described and listed as an “other”.
2.     You assumed there was only one person of color involved in the scene whom you’d yet to meet. It’s not an exaggeration to say that CSBYS is heavily saturated with white kids, but it is an exaggeration to pretend that there’s only one or two people of color involved. It’s also pretty clear that the Columbus scene is changing and growing. This plays into that “white as normal” society shit. Don’t do it.

And there’s a reason people react negatively to you when you do this. I mean, come on. Don’t you see that you’re negatively reinforcing a system of domination and white supremacy that people of color already have to deal with on a daily basis?

Skrewdriver and other white power bands are not acceptable party music.

Even our most un-PC friends understand that. Again: system of domination and white supremacy. Not. Cool. Dude.

It’s never okay to use racial slurs. Not even if you replace the “er” with an “a”, and not even if your “black friends said [you] could”.

Louis CK says that saying “the n word” instead of the actual word is like making someone else say it in their mind. On the other hand, Jay-Z said in an interview that white people should just call his 2011 song with Kanye “Paris”.

Let’s play a game: Next time you think of a derogatory term used for any non-white ethnicity or non-Christian religious group, try and see how long you can go without using it. I bet you could go years… Maybe even the rest of your life!

Tokenizing or fetishizing someone for their nationality or ethnicity is trashy.

Don’t assume someone knows everything about the country their family originated from. Don’t mention how much you like Yau’s to a Japanese girl. Don’t talk about how much you love [insert ethnic group here]’s style, spirituality, struggles and/or resistance movement, etc. Don’t hit on someone in ways that make light of perceived or known histories, race, cultures, and all that other shit you probably read about on Wikipedia.

Don’t assume that just because “white American culture” is a monolithic being that other continents or countries are the same way.

In the same way “European culture” isn’t a term that can be used to distinguish all the people in Europe (think how different Spain and Ireland are from one another, or Germany and Italy, for instance), there is no such thing as “Native American culture”, “African culture”, “Asian culture”, or “South and/or Central American culture”. Each of these places consists of dynamic regions and groups of people, with hundreds to thousands of individual cultures, traditions, and religions. Obviously the most laughable of these examples is “African culture”: IT’S AN ENTIRE CONTINENT!

1.     There are indigenous cultures as well as white Europeans in Mexico.
2.     There are 510 federally recognized Native American tribes in the United States, even more which aren’t federally recognized, and even even more First Nations tribes in Canada.
3.     Africa is home to white, black, and brown people, including the indigenous Amazigh of Northern Africa, who sometimes pass as Arab or white.
4.     There are 48 countries in Asia, which is split into Central (Kazakhstan, etc.), East, North, Southwest, South (India), and West (Middle East) Asia, and comprises 60% of the Earth’s population. There are more than 1300 languages spoken in Asia, with 415 of those in India alone, along with diverse cultures, traditions, and foods in each territory, country, and region. 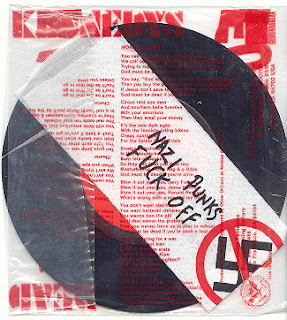 Come on, don’t ask someone where they’re “from” when you know damn well they’re from Ohio.

This isn’t a coy way to find out what ethnicity someone is, it’s all too common racism.

You’re not a “victim” because of your white skin.

Nothing erases your white privilege. As a white person, you have the comfort of knowing that you won’t be shot by a racist cop or blockwatcher because of the color of your skin. You’re also less likely to be followed at Walgreens, whether or not you’re stealing. You’re less likely to be stopped and searched by CCP, CPD, and other law enforcement officers. You’re more likely to get a job, more likely to be given extra help and lenience in a classroom setting, and more likely to be acknowledged for accomplishments within institutionalized settings. You’ll get less time in jail for more serious crimes than offenders of color, and you’ll never have to deal with any of the shit in this article.

Posted by Arch City Anti-Racist Action at 12:51 AM

1. We go where they go.
2. We don't rely on the cops or the courts.
3. We defend other anti-fascists.
4. We support abortion rights and reproductive freedom.

We intend to win!